I used to find ambition a dirty word. It’s something for Slytherins: calculating, egoistic people who want to be successful and want high status and who want to be powerful. My opinion has changed gradually over time, and I have now arrived at an almost opposite position; I believe ambition is enormously important for the good of the world, and I want to understand it better. Here is how I currently view ambition.

Ambition is setting goals that are hard to achieve which require a lot of effort. But it’s mostly related to input and output. Ambitious people want to achieve a lot, and are willing to put in a lot. But what are the goals about? They can be about personal success, the success of a group’s agenda, the success to get power for the sake of power, or the goals can be to do good. Someone’s ambition is determined by the difficulty of the goal, but goals have different directions. A good metaphor are arrows. Ambition is the size of the arrow, but values are the direction of the arrow. To do good, we need to multiply the direction of the arrows with the size of the arrow. 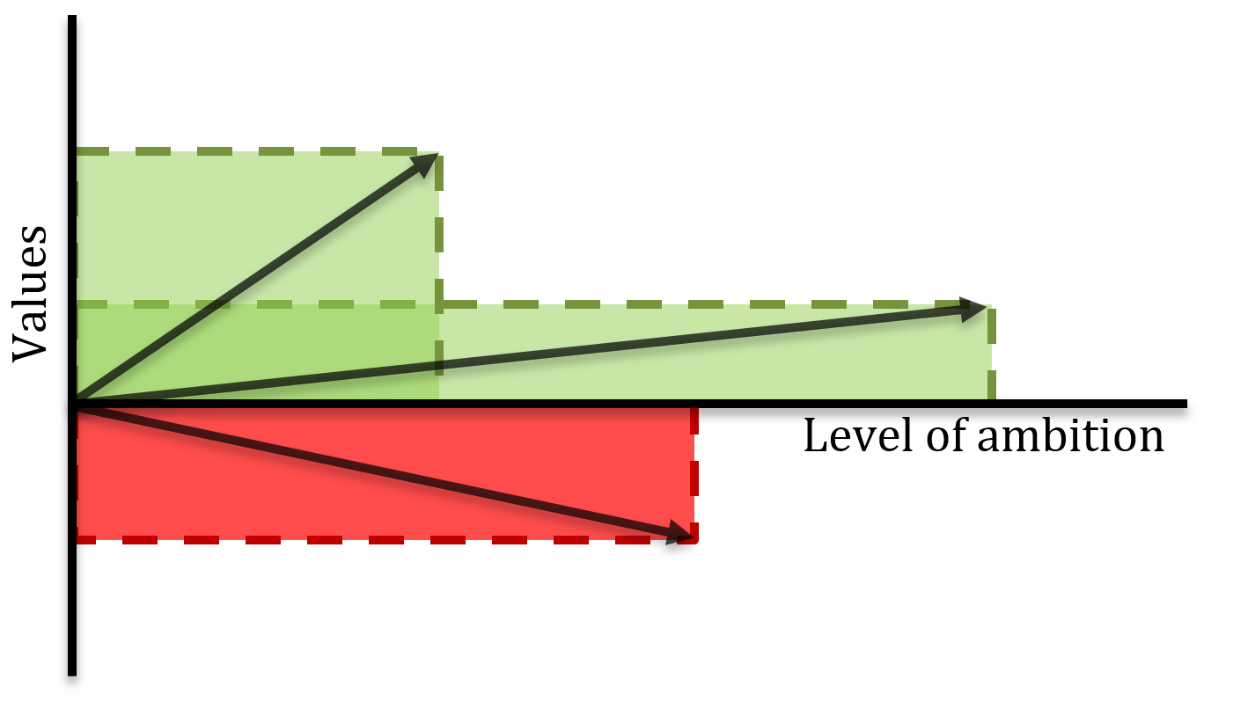 Obviously I have simplified things. I have forced values onto one-dimension. As if the “rightness” of values can be captured so simply. I’m not sure if that can be done. Nonetheless, I think this is a powerful metaphor. Hard work and ambitious goals are not enough in life, and neither are having the right values. Both need to be present in order to make a large and positive impact. I would like to see do-gooders think more about how they can create a largest impact. My dedication to effective altruism is well-known. But I would also like to see ambitious people think more about the values they are ambitious for, to see them engage with moral and political philosophy which attempt to find the right values to have. So be ambitious, but try to be it in the right direction.